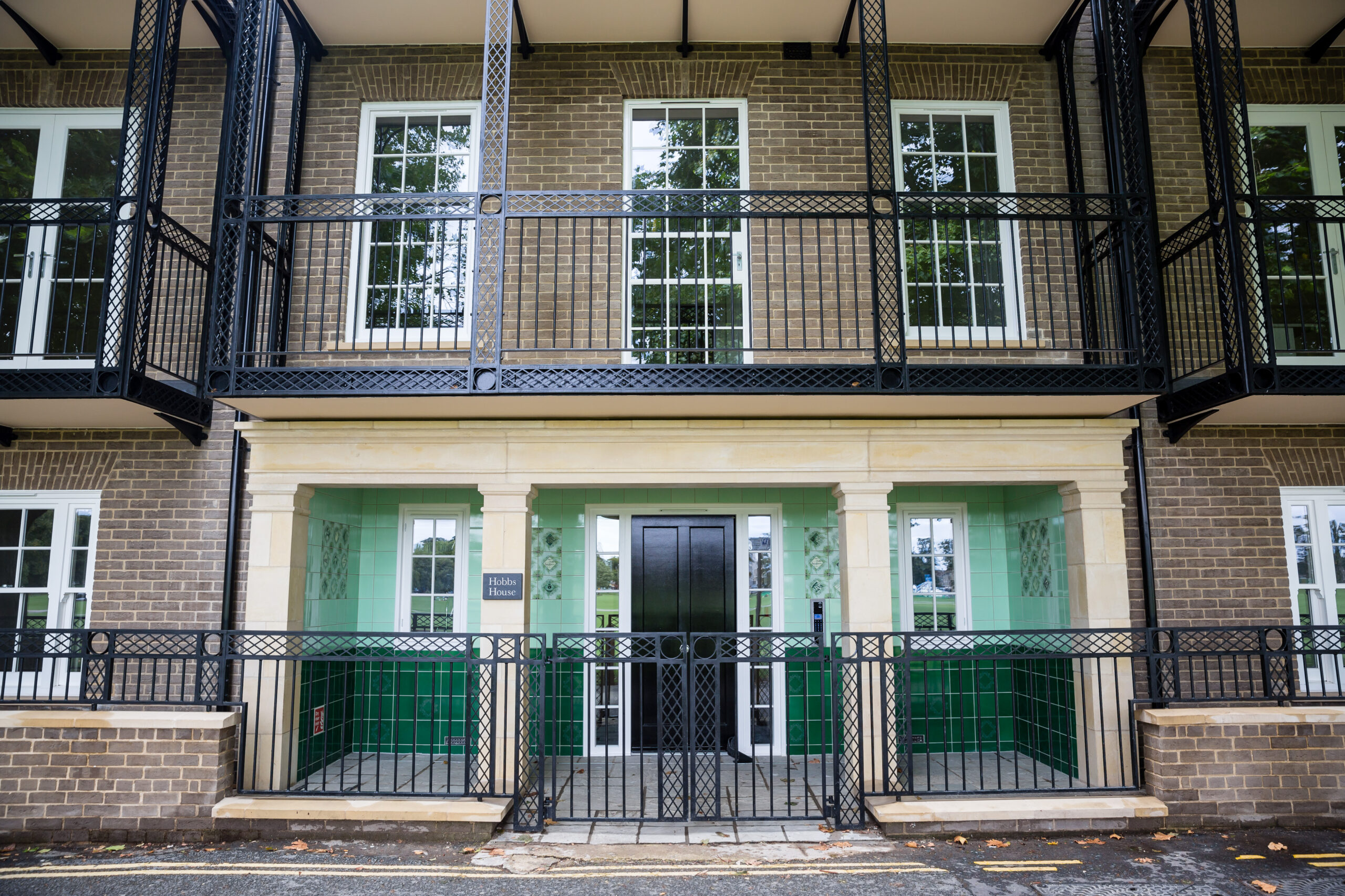 Planning permission has been granted for a prestigious new flagship development by Rheebridge on the edge of Parker’s Piece in the centre of Cambridge. The new scheme comprises eleven luxury apartments, including rooftop penthouses, overlooking the popular city centre park. The development was approved at the February planning committee meeting and received many positive comments for its sensitive architectural styling, designed to reflect the heritage of the surrounding historic buildings. Cllr John Hopkin commented “the articulation at the front is excellent, it picks up so many of the qualities around Parker’s Piece – I think this is a development we should all welcome.”

The new design is based on an imposing Georgian four story house featuring double height French windows and balconies with wrought iron railings, mimicking the early 19th-century properties which surround Parker’s Piece. The rear features a more contemporary appearance, including metal cladding. The flagship development by Rheebridge comprises eleven well-appointed 1 and 2 bedroom apartments and rooftop penthouses. Situated just a few steps from the 25 acres of beautiful green space afforded by Parker’s Piece, the new development offers superb vistas across one of Cambridge’s most beautiful parks to the front aspect and the Catholic Church to the rear.

Rheebridge founder David Rapley is pleased that the planning committee has acknowledged the effort being undertaken to produce a scheme which befits its historic location. David commented: “at Rheebridge we believe that such an important setting, overlooking one of Cambridge’s most affectionately regarded parks, deserves an exceptional eye for detail throughout all stages of design and build. That is why our directors have worked closely with planning advisers Beacon Planning and award-winning architects Freeland Rees Roberts, to create a development which will enhance this unique location.”